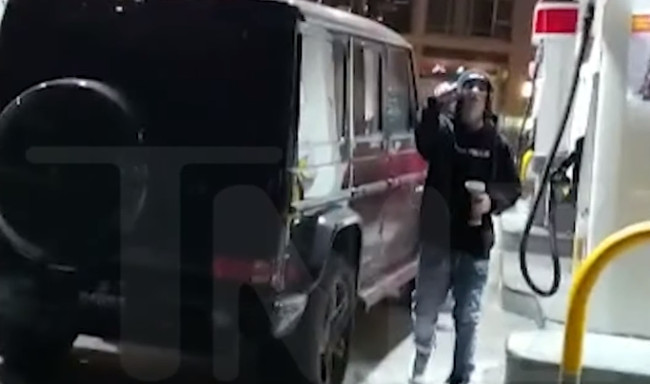 Rapper Lil Xan is under investigation for an assault with a deadly weapon after an alleged incident that took place. TMZ reports that the alleged victim went to police claiming that Lil Xan pulled a gun on him.  According to TMZ, the victim called out Lil Xan for calling Tupac’s music “boring”.  This escalated into an argument and Lil Xan pulled out a gun.  The victim was recording a video on his phone that captured the incident.  Xan could be heard saying "get the f--k out" and using the N word while waving the gun at the alleged victim.

Lil Xan is reportedly claiming that he pulled the gun in self-defense.  The video was shown to LAPD.  The LAPD is conducting an investigation and looking to seize footage from nearby building where the incident took place that may have captured the entire altercation.  Lil Xan could potentially face felony charges that carry a four year sentence, if convicted.